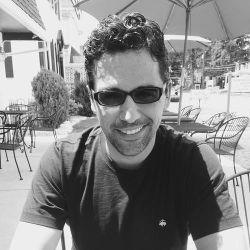 Dorman holds a Doctorate in Music Composition from the Juilliard School where he studied as a C.V. Starr fellow with John Corigliano. He completed his master's degree at Tel Aviv University (where he majored in music, musicology, and physics) studying with former Soviet composer Josef Bardanashvili.

At age 25, Dorman became the youngest composer to ever win Israel's Prime Minister's award. He has since been awarded the ACUM prize from the Israeli performing rights society for his Ellef Symphony. Ma’ariv, the second largest newspaper in Israel, named Dorman “Composer of the Year” for 2002, and the performance of his song cycle Boaz received the Israeli Cultural Ministry Prize for best performance of Israeli music the same year. Dorman’s Variations Without a Theme, premiered by Zubin Mehta and the Israel Philharmonic Orchestra in November 2003, won the 2004 Best Composition of the Year award from ACUM. This piece led to a commission from Zubin Mehta, PercaDu, and the Israel Philharmonic Orchestra for Spices, Perfumes, Toxins!, a concerto for percussion duo and orchestra.

Dr. Dorman is currently a professor of theory and composition at the Sunderman Conservatory of Music at Gettysburg College. In 2013 it was announced that Dorman was appointed to be the next music director of CityMusic Cleveland chamber orchestra.