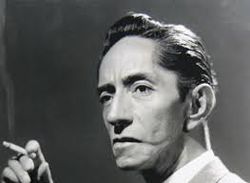 Lara took part in the Mexican revolution (1910-1917) while he was still in his youth. His first musical composition was Marucha, written in honor of one of his first loves. In 1927 he already was working in cabarets. He subsequently moved to Puebla, but returned to Mexico City in 1928. That same year he started working for the tenor Juan Arvizu as composer and accompanist. In September 1930, Lara began a successful radio career. At the same time he acted and composed songs for such films as Santa.

Lara’s first tour, to Cuba in 1933, was a failure because of political turmoil on the island. Later, more successful tours in South America, as well as such new compositions as Solamente Una Vez (composed in Buenos Aires and dedicated to José Mojica), Veracruz, Tropicana, and Pecadora increased his fame.

By the beginning of the 1940s, Lara was well known in Spain. In 1965, the Spanish dictator Francisco Franco, gave him a house in Granada to show his appreciation of Lara’s songs with Spanish themes, such as Toledo, Cuerdas de mi Guitarra, Granada, Seville and Madrid. He received additional honors and decorations from around the world.

Lara is recognized as one of the most popular songwriters of his era. His work was widely appreciated not only in Mexico but also in Central and South America, the Caribbean and Spain. After his death, he has also been recognized in the United States, Italy and Japan.