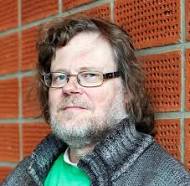 Almila has worked with most Finnish orchestras as a guest conductor. Though he primarily operates in Finland he also conducts in Sweden and Estonia. He has been the conductor of several choirs including the Radio Symphony Choir (1975–1976), Sibelius Academy chamber choir Cantemus (1979–1984) and the Akateeminen Laulu choir (1991–1995). He has also served as the conductor of the Tampere Philharmonic Orchestra (1987–1989) and the Joensuu Municipal Orchestra between 1993 and 2000 (of which he also been the artistic chief). He was the music director and the artistic director of the Kuopio Symphony Orchestra between 1995 and 2000, after which he became the principal guest conductor of the Seinäjoki City Orchestra, a post he continues to hold. He was also the musical director of the National Theatre of Finland between 1982 and 1995, and has been the conductor of the Finnish National Opera (1980–1987 and 1989–1995). In 1982 he won the Norrköping Nordic Conducting Competition along with Jukka-Pekka Saraste.

His composition style may be deemed neo-classical, though he has been seen to be sometimes chromatic and expressive (as in his 1985 Flute Concerto and his 1989 Violin Concerto). His works show appreciation for the individual instrument and for natural musicianship. His compositions include four operas: Kolmekymmentä hopearahaa (Thirty Pieces of Silver) in 1988, Ameriikka (America) in 1992, Isontaloon Antti (Antti Isotalo) in 2000, and Pohjanmaan kautta (Bottoms Up!) in 2002. These works are usually based around folk plots and often incorporate folk music - though they are not folk opera due to the presence of musical development and structural spans. His harmonies are reminiscent of Sergei Prokofiev and Les Six, with the influence of Italian melody in his last two operas.

His music is characterized as being wistful and restless, featuring playful melodies and brusque ostinatos. They often emphasize brass instruments, and include two symphonies such as one for brass quintet and orchestra (notable for its aleatoric counterpoint), concerti (double bass in 1979, flute in 1985, tuba in 1986, violin in 1989 and trombone in 1994) and chamber music (importantly, a wind quartet and a string quintet, both of 1993; also Taikalamppu for brass quartet, Dedications, Memories (1985) for brass quintet, the Wind Nonet (1985) and the Brass Quintet (1991)).

His wind band work is traditional and tonal which may be described as Gebrauchsmusik, and he sometimes borrows from popular music. These works include Concert March (1979), Allegro agitato (1986) and Fanfare (1987), the larger-scale Concerto for Two Clarinets and Wind Band (1980) and Visions from the North (1997).