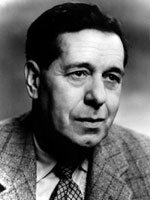 With support from hi family, Benjamin began studying music at age none. He studied at the Royal College of Music in London with Sir Charles Villiers Stanford, and after serving with the air service in World War I, he returned for a brief time to Sydney. In 1921, he returned permanently to London, where he worked as a piano soloist and composer, and taught at the Royal College of Music. Benjamin ended his tenure at RCM in 1938, and moved to Vancouver, Canada, where he served as conductor of the new Canadian Broadcasting Corporation Symphony Orchestra. He accepted lecturer positions throughout North America, and even completed additional tours throughout England and Australia before a serious illness halted his professional work.

Benjamin wrote four operas (e.g., A Tale of Two Cities (1950), and Mañana) as well as music for film, beginning in 1934 with The Scarlet Pimpernel. He is best known for his Jamaican Rhumba.