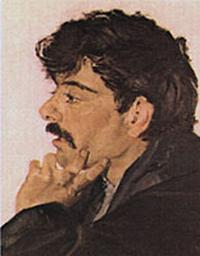 Pieta Signore is a church aria set to music by Alessandro Stradella. Like many arias intended for performance in a church setting, the lyrics deal with repentance and forgiveness. The Italian lyrics translate to:

Have mercy, Lord, on me in my remorse!
Lord, have mercy, if my prayer rises to you;
do not chastise me in your severity,
less harshly, always mercifully, look down on me.
Never let me be condemned to hell,
in the eternal fire by your severity.

Aria Di Chiesa was likely written around 1833, in a musical climate that was obsessed with music of the Renaissance and Baroque periods. The likely first performance was on March 24, 1833, as part of the second Concert Historique. It was performed by a tenor soloist with two viols and two bass viols, and with a different text (Se I miei sospiri). It was enthusiastically received and has remained popular to this day for vocal and instrumental soloists alike.