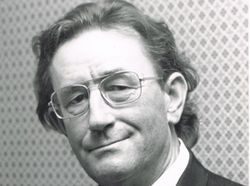 Potter was the son of a blind Belfast piano tuner. Brought up by relatives in Kent, he got the only education then open to penniless boys – choir school followed by public school. He also won a scholarship to the Royal College of Music where he studied composition with Ralph Vaughan Williams. He settled in Dublin and gained his Doctorate in Music from Trinity College Dublin in 1953.

From 1955 to 1973 he was Professor of Composition at the Royal Irish Academy of Music. He was a very prolific composer, whose eclectic style encompassed a wide range of techniques that were used to suit the style of a work to its purpose.