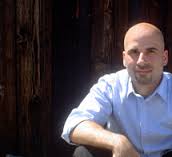 The Archangel refers to Michael the Archangel from Christian texts. He is described as carrying a flaming sword and being the angel who carries out most of God's plans. After Satan betrayed God and led a war on Heaven, Michael was given the task of casting Satan down to Earth. The story of Michael and the casting out of Satan is the basis for this tone poem.

In the composition, the gong represents the breath of God, the organ the voice of God. The God and Michael sections are in 3/4 to represent to the Holy Trinity. Satan's melodies are in 4/4. Part of this struggle is represented in a 7/8 section near the end of the piece.