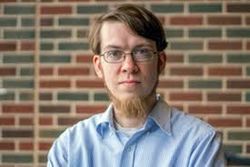 Anubis (Greek for Anpu) is the ancient Egyptian god of mummification. He is generally depicted as a jackal, and rarely as a man with a jackal’s head. Early in Egyptian history, Anubis was the god of the dead, but he was usurped by Osiris by the age of the Middle Kingdom in Egyptian history. His role in later mythology was as protector of the dead, who assisted Osiris in the judgment of the souls of the dead. Belief in Anubis gave people the assurance that their body would be respected in death, their soul protected in the afterlife, and that they would receive fair judgment for their life’s work.

He was also patron of lost souls, especially orphans. This guaranteed his popularity and endurance. In mythology, Anubis performed the first mummification on Osiris, after he was murdered by Set, his brother. Osiris was able to come back to life. Because black was associated with fertility and rebirth in the afterlife, Anubis has black fur, rather than the brown fur real jackals possess.