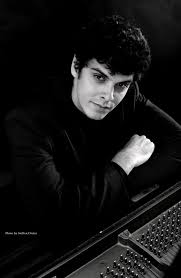 His compositions have been performed nationally and internationally, with recent commissions by CONCORA, the Young New Yorker’s Chorus, the Bassless Trio, and the Alturas Duo. Andrey is Director of Music at West Avon Congregational Church in Avon, CT and Co-director of The Hartford New Music Festival.

Dr. Stolyarov is an adjunct music theory professor at The Hartt School, and is a private vocal instructor. He is an active professional singer currently performing with Voce, CONCORA, and the Composers’ Choir.