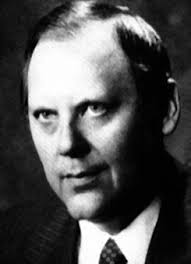 Mr. Balent is a leading composer and arranger of educational music with over 500 published compositions and arrangements for band, orchestra, chorus, and instrumental ensembles. Having received over 35 ASCAP Special Awards for composition, his published works are written for all levels, but he has specialized in music for young musicians.

Mr. Balent taught in the elementary through high school levels for 30 years in Michigan. He has also been a clinician and guest conductor in 45 states, as well as in Canada, Europe, and South America. He is currently on the Sudler Cup selection committee for the John Philip Sousa Foundation and has served two terms on the board of directors of the National Band Association. Mr. Balent holds memberships in MENC, MSBOA, WASBE, and Phi Mu Alpha.

Andrew Balent received both his Bachelor of Music and Master of Music degrees from the University of Michigan, where he played in the band under William D. Revelli and studied saxophone with Larry Teal.