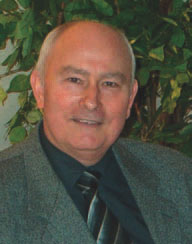 Winner of many national and international composition prizes as well as of that attributed by the European Union of Radio Broadcasting and the Prize of the Music attributed by the S.A.B.A.M. (Belgium), André Waignein was well known for a number of his works in the fields of pedagogical music, chamber music, vocal music, symphonic music and music for wind band. His music is played throughout Europe, naturally, but also in the USA, Canada, Japan and Australia. His current catalogue includes more than 300 published pieces. His record-list amounts to more than 100 CDs.

In 1990, his masterpiece, La Cantate aux Etoiles, was performed in the Cathedral Notre-Dame of Tournai, with the Great Symphonic band of the Belgian Guides, a soprano solo, three children's choirs and about ten choirs from Flanders, Wallonie and France (750 performers). There is also a symphonic band version. His second cantata, A Travers le Temps, dedicated to Mr. Georges Toubeau, great protector of the culture of Tournai, was put on CD in 1999 with the Choir of the Brussels Royal Conservatoire of Music, the Choir of the Municipal Conservatoire of Music in Tournai, the Tornacum Royal Choir Circle of Tournai, the Choir of the Plaine of Baisieux and the Instrumental Band (2 pianos, 1 bass and 5 percussions) of the Municipal Conservatoire in Tournai.

Esteemed in the international world of music, he was regularly requested to participate as conductor and member of jury on the occasion of large-scale musical events throughout Europe. He was at the head of the Municipal Conservatoire of Music in Tournai and at the same time teacher of written harmony at the Brussels Royal Conservatoire of Music.