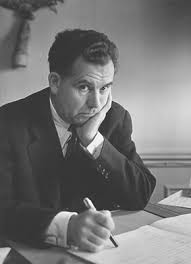 Jolivet's parents were artistically sophisticated, and as a result he studied fine arts, poetry and music. His career was given direction after he met Edgard Varèse in 1930, and thereafter he was active in creating and promoting new music. He founded La Spirale and La Jeune France, groups dedicated to the promotion of progressive and nationalistic new French music.

Jolivet traveled to America, Russia, Egypt, and Japan, conducting his own works. He was conductor at the Comedie Française, professor of composition at the Paris Conservatory, and president of the Concerts Lamoureux.