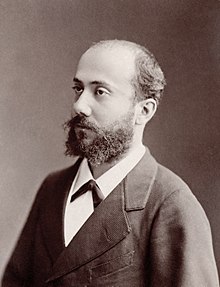 This work bears the designation Opus 41.

Little is known of the origins of Luigini's work Andante Cantabile, but the piece was likely written to accompany a theatrical production. According to Rodney Winther’s An Annotated Guide to Wind Chamber Music, few copies of Andante Cantabile remain, as the publisher of the piece, Southern Music, either sold any remaining copies or lost them due to a flood. One of the only surviving copies, if not the only surviving copy, is housed here at Eastman and will be used for the performance tonight.