And they named it Trinity 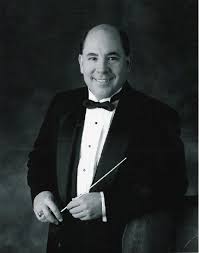 This work is actually written ...and they named it Trinity. The lower case and ellipsis are intentional.

Trinity was the code name of the first detonation of a nuclear weapon, conducted by the United States Army on July 16, 1945, as part of the Manhattan Project. The test was conducted in the Jornada del Muerto desert about 35 miles southeast of Socorro, New Mexico on what was then the USAAF Alamogordo Bombing and Gunnery Range (now part of White Sands Missile Range). The code name "Trinity" was assigned by J. Robert Oppenheimer, the director of the Los Alamos Laboratory, inspired by the poetry of John Donne.

2013 marked the 68th anniversary of the dropping of the atomic bomb. Probably no event in modern history has been the subject of as much debate – there are those who fervently support the use of nuclear force against Japan during World War II and there are equally as many who vehemently oppose our actions. Whatever side of this debate one embraces, the influence and wisdom of J. Robert Oppenheimer is undeniable.

Knowing from history that Oppenheimer was an intellectual (he had a particular interest in religion) as well as a scientist, I began researching if he had ever directly commented on music or his interest in it. I discovered that although he had not made any overt statements on music, he had from time to time made statements that, though more about the sciences, could easily be related to the arts and music and their connection to the sciences. ...and they named it Trinity is loosely based on and inspired by these quotations.

Harmonically, I restricted myself to a very simple tonal language and chordal structure. This left me with all other musical aspects (rhythm, dynamics, meter, timbre, etc.) to explore. ...and they named it Trinity begins in a fanfare-ish manner 2/2 meter before entering a long, steadily building ostinato middle section that alternates between 2/2 and 6/8 meters with a sprinkling of complex meters (5/8, 7/8, and 9/8). This section makes a continuous crescendo both dynamically and by the addition of instruments, culminating in an extended, vibrant percussion section feature that calls for no fewer than six players and a large battery of instruments including chimes, bells, and crotales. The piece ends with a final double restatement of the main fanfare theme (modulating twice) accompanied a relentlessly hammered eighth-note rhythm before a punched rhythmic sequence of musical exclamation points.

The quotes referenced in ...and they named it Trinity are as follows:

"The history of science is rich in the example of the fruitfulness of bringing two sets of techniques, two sets of ideas, developed in separate contexts for the pursuit of new truth, into touch with one another."- Reith Lectures, 1953

"I believe that through discipline, though not through discipline alone, we can achieve serenity, and a certain small but precious measure of the freedom from the accidents of incarnation, and charity, and that detachment which preserves the world which it renounces." - 12 March 1932

"The open society, the unrestricted access to knowledge, the unplanned and uninhibited association of men for its furtherance — these are what may make a vast, complex, ever growing, ever changing, ever more specialized and expert technological world, nevertheless a world of human community." – 1953

"It is perfectly obvious that the whole world is going to hell. The only possible chance that it might not is that we do not attempt to prevent it from doing so." - Date unknown

“When you see something that is technically sweet, you go ahead and do it and argue about what to do about it only after you've had your technical success." - Security Hearings, 1954

"Genius sees the answer before the question." - Date unknown