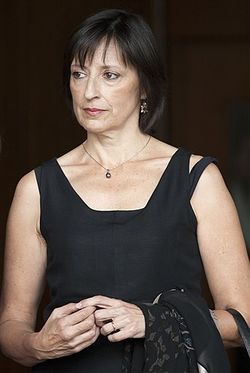 Ana Lara studied at the National Conservatory of Music with Mario Lavista and Daniel Catán and later with Fredrico Ibarra. She continued her studies at the Warsaw Academy of Music with Zbigniew Rudzinski and Wlodzimierz Kotonski. She also studied ethnomusicology at the University of Maryland, graduating with a Master of Arts degree.

After completing her studies, Lara worked as a composer and music producer. In 1989 she began producing a Mexico City University Radio (Radio UNAM) contemporary music program, and in 2000 she was nominated as Best Classical Album Producer at the Latin Grammy Awards. She founded and served as artistic director of Mexico's International Festival Música y Escena, and served as artistic director of the Puebla Instrumenta Verano 2004 summer courses. She also teaches music and seminars on Latin American and twentieth century music.