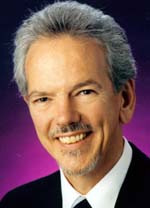 My Country, 'Tis of Thee, also known as America, is an American patriotic song, whose lyrics were written by Samuel Francis Smith in 1831. The melody used is the same as that of the national anthem of the United Kingdom, God Save the Queen, arranged by Thomas Arne.

The song served as one of the de facto national anthems of the United States (along with songs like Hail, Columbia) before the adoption of The Star-Spangled Banner as the official anthem in 1931.