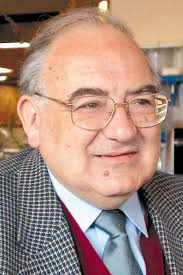 As a child growing up in poverty, Blanquer suffered a long illness that, together with the hardships of war and the postwar period, made him an introverted person who channeled his hobbies into reading and music. He was part of the Primitive Band of Alcoy as a horn player. His musical talents attracted the attention of various private and institutional benefactors who helped him in his musical career.

He studied at the Conservatory of Valencia with Miguel Asíns Arbó and Manuel Palau. His first work that premiered is the White Suite, 1956. He then moved to Paris where he studied with Olivier Messiaen. He also studied in Rome with Goffredo Petrassi.

He devoted himself to teaching through his association with the Conservatory of Valencia, where he held the chairs of counterpoint and composition (music), as well as the conducting (1971-76).

Devotion to wind ensembles is evident in his work, as he left a significant number of compositions for both band and smaller sets of wind instruments. However, his work encompassed all kinds of genres and has received a significant diffusion to the rest of Spain and other countries.

Among other awards he received the Distinction of the Valencian Generalitat for Cultural Merit, the Medal of Fine Arts and the National Music Prize, and the Unicef International Prize.