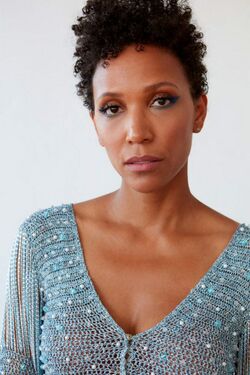 Allison Loggins-Hull (b. 1982, Illinois) is an American flutist, composer, educator and producer.

Ms. Loggins-Hull has an active career performing and creating music of multiple genres. In 2009 she and Nathalie Joachim co-founded the critically acclaimed duo Flutronix, which was praised by The Wall Street Journal for being able “to redefine the instrument.” Similarly, MTV Iggy recognized Flutronix for “redefining the flute and modernizing its sound by hauling it squarely into the world of popular music.”

Allison has performed at The Mostly Mozart Festival at Lincoln Center, Carnegie Hall, Orchestra Hall (Chicago), World Cafe Live, and several other major venues and festivals around the world. She has performed or recorded with a wide-range of artists including the International Contemporary Ensemble, Imani Winds, Lizzo, The National Sawdust Ensemble and others.

Ms. Loggins-Hull has composed for Flutronix, Julia Bullock and others and has been commissioned by The Metropolitan Museum of Art, Carolina Performing Arts, Alarm Will Sound and The Library of Congress. She was a co-producer of Nathalie Joachim’s celebrated album Fanm d’Ayiti, which was nominated for a 2020 GRAMMY for Best World Music Album. In support of her work, Allison has been awarded grants from New Music USA and a fellowship at The Hermitage Artist Retreat in Englewood, Florida.