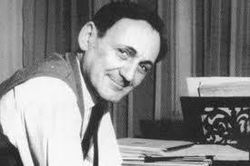 To support his family, Désenclos had to renounce continuing his general studies and work as an industrial designer until the age of 20, but in 1929, he entered the Conservatory in Roubaix, France, to study piano. Until that time, he had played only as an amateur.

Désenclos was a self-described "romantic" whose music is highly expressive and atmospheric and rooted in rigorous compositional technique.

His sacred music belongs to the tradition begun by Saint-Saëns and continued by Fauré. He won the Prix de Rome in 1942.