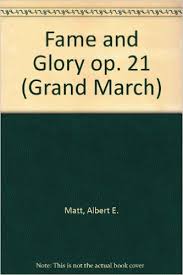 Matt studied music with his brother John, played trombone, and was a choirboy at the Church of St. Mary Le Tower. In 1881, he joined the Covent Garden Orchestra. Later, he toured Britain and Europe with the Royal Opera Company, playing under many great conductors, including Tchaikovsky. He played first trombone in the Richter Orchestra for 12 years and also played with the London Trombone Quartet.

From 1900-1914, Matt was professor of trombone at the Royal Military School of Music, Kneller Hall. He is best remembered for his concert march Fame and Glory.