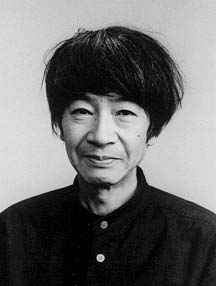 Miyoshi was a child prodigy on the piano, studying with Kozaburo Hirai and Tomojiro Ikenouchi. He studied French literature at the University of Tokyo, and then studied composition with Henri Challan and Raymond Gallois-Montbrun at the Paris Conservatory from 1955 to 1957. He was very influenced by Henri Dutilleux.

He returned to Japan in 1957 and graduated from the University of Tokyo in 1960. In 1965, he became a professor at the Toho Gakuen School of Music, and served as president of the school from 1974 to 1995. In 1996, Miyoshi was awarded the Officier de l’Ordre des Arts et des Lettres from the French Government. In 1999, he received the 31st Suntory Music Award. He received the Otaka prize six times for his compositions.