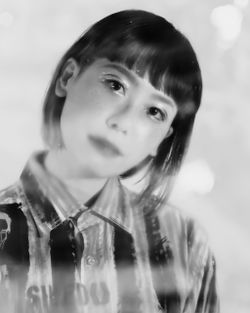 Akiko Yamane received her master's in composition at the Kyoto City University of Arts with Hinoharu Matsumoto, and at Hochschule für Kuenste Bremen with Younghi Pagh-Paan as an exchange student. Yamane has also studied with Shuichi Maeda, Noriko Nakamura and Motoharu Kawashima. She participated in a composition master course in Akiyoshidai’s Summer (2003), at the Composers Forum in Tokyo (2004), in the Takefu international music festival (2005, 2007 as an invited composer), and at Royaumont Voix Nouvelles in France (2006).

Her works have been performed and featured by Yomiuri Nippon Symphony Orchestra, NHK Symphony Orchestra, Izumi Sinfonietta Osaka, Tokyo Ensemnable Factory, Ensemble Muromachi, Nishihara Kakushin (biwa), Teion Duo, Noriko Ogawa (piano), Royaumont Voix Nouvelles in France, Music from Japan in NY, ARS MUSICA in Liege. She also has many works in collaboration with other arts such as visual arts: She has performed during “AIDA MAKOTO: MONUMENTO FOR NOTHING” in 2013, performed at the SS collection of fashion label “pays des fees” on the Metropolitan streetcar Arakawa Line.

Her expressional core is “pop toxicity” which is one of the symbols of present age Japanese society, and has been created by mass production, mass consumption. Yamane, in her own words, “tries to create music using the concept of “visible sound” as a figurative art. The phenomenon of sound is in fact invisible, but as it is experienced as installation art, I strive to enable the listener to trace the outlines of sound movement and feel shapes, colors, textures and the space beside them in their own inner perception.” It is a style that monitors and meditively watches the texture of one sound and the sound as a state, producing works that delicately cut into the diversity in consumptionism.