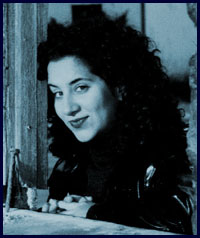 Against the Rain is based on a choral work I wrote as a part of a set of songs based on poems by Edna St. Vincent Willay.

Love is not all: it is not meat nor drink
Nor slumber nor a roof against the rain;
Nor yet a floating spar to men that sink
And rise and sink and rise and sink again;
Love can not fill the thickened lung with breath,
Nor clean the blood, nor set the fractured bone;
Yet many a man is making friends with death
Even as I speak, for lack of love alone.
It well may be that in a difficult hour,
Pinned down by pain and moaning for release,
Or nagged by want past resolution's power,
I might be driven to sell your love for peace,
Or trade the memory of this night for food.
It well may be. I do not think I would.

This work received its premiere performance at the Interlochen Arts Camp, Michigan, by the World Youth Wind Symphony under the baton of Steven D. Davis on July 14, 2014.