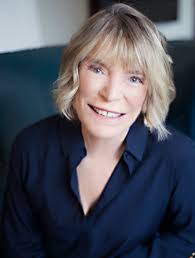 Adrienne Albert (b. 1941) is an American composer.

A graduate of UCLA in music and the child of European trained professional violinists, Adrienne began studying the piano at age four and composition at age 10. Her piano teachers included Jacob Gimpel and Aube Tzerko in Los Angeles, and Joanna Graudan at the Aspen Music School. Composition studies with Leonard Stein preceded a lengthy hiatus performing other people's music.

Albert’s first professional work in music was as a mezzo-soprano soloist. She collaborated with Leonard Bernstein, Philip Glass, Gunther Schuller, and Igor Stravinsky among others. As a studio singer in New York and Los Angeles, Ms. Albert performed on hundreds of television and radio commercials, sang on countless film scores, and worked with such diverse artists as Pablo Casals, Benny Golson, Dave Grusin, Leiber and Stoller, Zubin Mehta, Frank Sinatra, and Michael Tilson Thomas.

Returning to Los Angeles after years of working in New York, she returned to UCLA and received her Certificate in Film Scoring in 1994 determined to write both instrumental and vocal music for the concert stage. She also studied composition with Stephen "Lucky" Mosko at CalArts and orchestration with Albert Harris.

Although relatively new to composition, Albert is established in the field with a recent NEA grant for a "symphony" about Homer, Alaska, now complete, and various other commissions, artist in residencies, and awards. Albert's work is performed internationally, in the U.S., in Europe, and extends to a recent set of Chinese performances. Among numerous commissions, awards and grants, Albert was the recipient of a 2006 National Endowment for the Arts grant in conjunction with the American Composers Forum for a Continental Harmony Project in Alaska. Her An Alaskan Symphony, a work in three movements for choir and orchestra, was premiered by the Kenai Peninsula Orchestra in April 2007. She has been the recipient of numerous Meet the Composer grants, Composer Assistance Program grants, and consecutive ASCAP Awards.