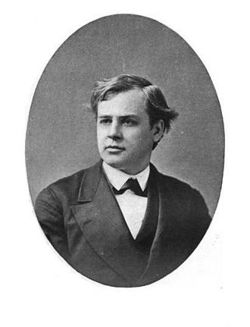 Gordon experienced a Christian conversion at age 15 and thereafter sought to become a pastor. He graduated from Brown University (then a Baptist affiliated school) in 1860 and Newton Theological Institution in 1863. In 1863, he married Maria Hale and became pastor of Jamaica Plain Baptist Church in Roxbury, Massachusetts. In 1869, he became pastor of Clarendon Street Baptist Church in Boston, a fairly affluent church. Under Gordon's leadership, Clarendon Street Church was described as "one of the most spiritual and aggressive in America".

In 1889, with the help and backing of Clarendon Street Church, he founded Gordon Bible Institute and served as its first president.

Gordon edited two hymn books and wrote the hymn tunes for at least fifteen hymns, including My Jesus, I Love Thee, a hymn that has been included in nearly every evangelical hymnal published from 1876 to the present time.