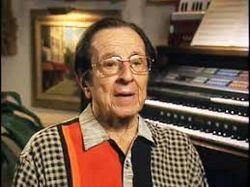 From just the opening four notes and two finger snaps, you know immediately that you are in for a good time with this arrangement of the classic TV theme. Written with flexible scoring, this entertaining arrangement is playable with just about any band.

The Addamses are a satirical inversion of the ideal 20th-century American family: an odd wealthy aristocratic clan who delight in the macabre and are seemingly unaware or unconcerned that other people find them bizarre or frightening.