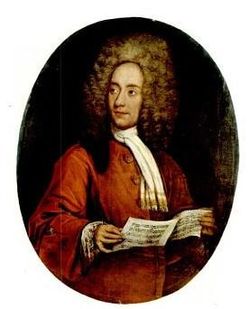 The Adagio is based on a manuscript that was discovered in the Dresden State Library after the Second World War by Remo Giazotto, a Milanese musicologist who was working on Albinoni’s biography at the time. Only the bass line and six bars of melody were found and they probably belonged to the slow movement of a trio sonata. In 1945 Giazotto reconstructed the now famous Adagio which has made Albinoni known to a worldwide audience.

One of Europe's most respected composers, Jacob de Haan, brings the warm, rich lines of Albinoni's most famous work to the concert band stage! The exquisite counterpoint, graceful melodic phrasing and lush harmonies make this truly stand out as a classical masterwork that any band director would be thrilled to program.

The Adagio in G minor for violin, strings, and organ continuo is a neo-Baroque composition popularly attributed to the 18th-century Venetian master Tomaso Albinoni, but actually composed by 20th-century musicologist and Albinoni biographer Remo Giazotto, purportedly based on the discovery of a manuscript fragment by Albinoni. There is a continuing scholarly debate about whether the alleged fragment was real, or a musical hoax perpetrated by Giazotto, but there is no doubt about Giazotto's authorship of the remainder of the work.