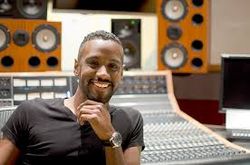 The title of this is intentionally written in all capital letters: AMEN!

AMEN! (2017) was commissioned by the University of Michigan Symphony Band and is a homage to my family's four-generational affiliation with the Pentecostal church. My intent is to re-create the musical experience of an African American Pentecostal church service that I enjoyed being a part of while growing up in this denomination. Pentecostal denominations, such as Church of God in Christ (C.O.G.IC.), Pentecostal Assemblies of God, Apostolic, Holiness Church, among many others, are known for their exuberant outward expressions of worship. The worship services in these churches will often have joyous dancing, spontaneous shouting, and soulful singing. The music in these worship services is a vital vehicle in fostering a genuine spiritual experience for the congregation.

The three movements in AMEN! are performed without break to depict how the different parts of a worship services flows into the next. In the first movement, I’ve imagined the sound of an exuberant choir and congregation singing harmoniously together in a call-and-response fashion. The soulful second movement quotes a gospel song, I'll Take Jesus For Mine, that I frequently heard in many services. The title, AMEN!, refers to the plagal cadence or “Amen" cadence (IV-I), which is the focal point of the climax in the final movement. Along with heavily syncopated rhythms and interjecting contrapuntal lines, this cadence modulates up by half step until we reach a frenzied state, emulating a spiritually heighten state of worship.

AMEN! was commissioned by the University of Michigan Symphony Band to celebrate the university’s bicentennial, with support from the H. Robert Reynolds Commissioning Fund.

This work is very important in the repertoire for wind band, as it is one of the first larger scale works attempting to encapsulate part of African American culture: church. As enslaved Africans were brought to the United States of America, their former religious beliefs were splintered and largely changed to Christianity. Religion and a strong spirituality are deeply rooted to this day in the culture of African American. Inspired by the experiences found in Pentecostal denominations, this work will provide a number of important cultural and historical discussion points for the ensemble and audience.

- Program Note from Teaching Music Through Performance in Band, Vol. 12