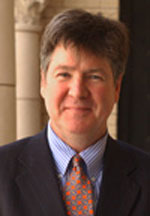 Subtitle: A "Precise" Prelude and an "Excellent" March

It's tough being a musician! While most of the academic world can make a mistake or two and still qualify for the coveted A+ grade, if that happened on the concert stage, there would be a stampede out the door! Thomas Duffy takes a tongue-in-cheek look at the inherent unfairness in the life of a young musician, and gives the students "permission" to make a couple mistakes, while still qualifying for a top grade. The Prelude is precisely imprecise, with harmonic material floating around at the whims of the woodwinds. The processional-style March is at first heard in its most excellent form, then with the human element of error added on the repeat.