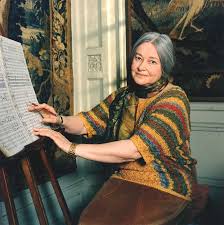 I have always been fascinated by the beauty of the Cosmos, which has inspired many of my works. Feelings of infinite movement can be expressed musically, and it seemed to me that one of the ways to do this was to end this work on a repeated phrase played in a long perdendosi, to give the impression that one is hearing the echoes of the finished phrase as the instruments stop playing.

I had just started to write this work when I received a note for the Paris Observatory which gave me the news that the astronomical community had decided to name a newly discovered asteroid for Jean-Pierre Luminet. When I wrote to Jean-Pierre to congratulate him on this honour, reminding him with the Petit Prince that not everyone has their own star, I asked him if he would accept that I name this work for concert band with the full name of his asteroid: 5523 Luminet 1991 PH8.

Jean-Pierre accepted my proposition by return letter : “..., not only do I not have any objection, but I would be very honoured. To be in the celestial spheres in the form of a rock and also in the form of music, what more could one ask for?"

This work was premièred on April 27, 2003, at the Eglise Saint-Roch in Paris with the prestigious Orchestre de la Musique de L’Armée de L’Air, under the direction of my friend and colleague, Claude Picheraureau.