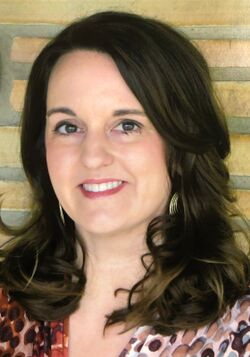 On May 31 and June 1, 1921, an angry white mob launched attacks in the black community of Greenwood in Tulsa, Oklahoma. No one is entirely sure of all of the inciting action, but the next morning, the ruins of approximately thirty-six blocks of, at that time, the wealthiest black community in the United States smoldered as hundreds of black men, women, and children were injured or killed and thousands were detained.

As a student in Oklahoma, I never heard about this dark part of Tulsa's history. The Race Riot Commission, formed in 1996 to investigate the events of the massacre, did not release its report until 2001, after I entered college out of state. Not knowing, however, is not an excuse. We must all do our part to recognize injustice and to attempt to make things right for future generations. Today, this tragic series of events is finally being both acknowledged and remembered by some, while others continue to deny, minimize, or ignore the massacre of 1921 and the tremendous loss to Tulsa.

36 Blocks was commissioned by the Bixby High School Wind Ensemble in Bixby, Oklahoma, and was premiered at the 2019 Oklahoma Music Educators' Association Convention on January 18, 2019, in Tulsa, Oklahoma. At the premiere, 36 Blocks was performed along with "Recipe for a Massacre", a poem by Quraysh Ali Lansana. This piece is influenced by ragtime, gospel piano, 1920s jazz, and the spiritual "Hold On Just a Little While Longer". The last chord remains unresolved, but it is my ultimate hope that I can eventually revise this measure and add a final resolution when reconciliation is achieved at last.

- Program Note from score by composer