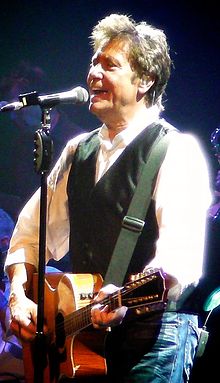 From the early years of the group Chicago, this is probably their most driving and energetic rock hit.

25 or 6 to 4, also written as Twenty-Five or Six to Four, is a song written by the American musician Robert Lamm, one of the founding members of the rock/jazz fusion band Chicago. It was recorded for their second album, Chicago, in 1970, with Peter Cetera on lead vocals. The song was edited and released as a single in June that year, climbing to number 4 on the U.S. Billboard Hot 100 chart and number seven on the UK Singles Chart.

Speculation that the song's lyrics are drug-related has been largely dismissed. Lamm has stated that the title is "just a reference to the time of day" and that "the song is about writing a song. It's not mystical." The title serves as an answer to a concurrent Chicago song Does Anybody Really Know What Time It Is?. The answer is 25 or 26 minutes to 4 o'clock.