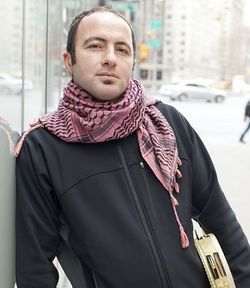 Zafer Tawil (b. 1976, Jerusalem) is a Brooklyn-based Palestinian musician and composer.

Mr. Tawil's areas of expertise include the oud, violin, qanun, and Arab percussion. He performs across the U.S. and in the Middle East and holds workshops in oud technique and Arabic music theory. He was part of the Spirit of Fez U.S. Tour 2006 and has performed with some of the most celebrated world music artists, including violinist and oud master Simon Shaheen and Rai singer Cheb Mami.

Zafer is continuously exploring the boundaries of Arab music, and has worked collaboratively on many concerts involving classical Indian and Persian music, as well as Jazz fusion. He has also written music for motion pictures such as Rachel Getting Married (2008) and A Master Builder (2013).