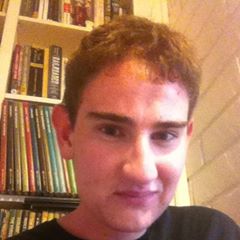 Zachary Docter (b. 9 May 1993, Los Angeles, Calif.) is an American composer and graduate student.

Mr. Docter was accepted into the graduate music composition program at Cal State Northridge in the fall of 2018.

Several of his compositions for brass band have been published, with one more set to be released in 2019. His concert band piece titled Variants on an English Sea Song was published by Alfred Music in 2018.

Previously, Mr. Docter worked full time as a claims specialist for Harbor Freight Tools, as an assistant in the UCLA Hugh & Hazel Darling Law Library, and as an intern at Alfred Music Publishing. He is currently the piano accompanist for a church children's choir, and he plays in a brass band in his spare time.