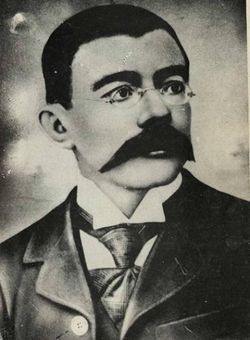 Zacatecas, Mexican March, was composed about 1891 and premiered by the Municipal Band of Zacatecas in October 1893. The band was conducted by Codina’s brother-in-law, Fernando Villalpando, and the concert was presented at the city’s Plaza de Armas. The march was dedicated to Gen. Jesus Arechiga, the governor of the state.

The composition resulted from a number of meetings with other musicians in Villalpando’s home. The conductor decided to sponsor a march composition contest and also to submit his own entry. Both Codina (using his faithful harp) and Villalpando worked tirelessly on their manuscripts throughout the time period. Even though Vilialpando’s match was described as “beautiful” by the other musicians, Codina won the contest. His brother-in-law exhibited his good sportsmanship not only by premiering the work, but also by assisting with the arrangement. After A. Wagner y Levien published the march in 1893, it was performed by the largest bands in the cities as well as by every conceivable type of ensemble in the villages. Zacatecas has become Mexico’s “second national anthem” (after Mexicanos, al grito de guerra)