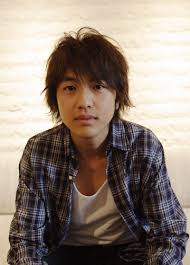 Kitagawa Yujin (b. 14 January 1977, Kanagawa, Japan) is a Japanese actor and musician.

Kitagawa has been active as an actor since 1997, when he played a minor role in the TV Asahi drama Meitantei Hokenshitsu no Obasan.

He is the guitarist and vocalist in the popular J-folk group Yuzu. He's married to TV show host Takashima Aya.