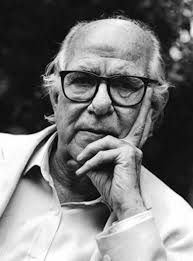 Xavier Montsalvatge i Bassols (11 March 1912, Girona, Spain – 7 May 2002, Barcelona, Spain) was a Spanish composer and music critic. He was one of the most influential music figures in Catalan music during the latter half of the 20th century.

Montsalvatge studied violin and composition at the Barcelona Conservatory. His principal teachers were Lluís Maria Millet, Enric Morera, Jaume Pahissa, and Eduard Toldrá. After the Spanish Civil War, Montsalvatge began work as a music critic when he joined the newspaper Destino in 1942, a publication he would eventually direct in 1968 and 1975. He wrote additionally for the daily La Vanguardia after 1962. Montsalvatge also returned to teach at his alma mater, becoming a lecturer in 1970, and then a professor of composition in 1978.

He was awarded Spain's Premio Nacional de Música for composition in 1985.

Montsalvatge's style evolved over several different phases. At the start of his career, he was strongly influenced by the twelve-tone technique and by Wagnerism, which together dominated the Catalan music scene during the period represented by his Sinfonía mediterránea of 1949. In the following period, he found inspiration in the music of the Antilles (Cinco canciones negras, 1945; Cuarteto indiano, 1952). His steady contact with the French composers Olivier Messiaen and Georges Auric led to a crucial change in his style, which soon became characterized by free polytonality (Partida, 1958). The final phase of Montsalvatge's work revealed the influence of the avant-garde.

Montsalvatge explored virtually all musical forms in his composition. His work ranges in scale from operas (El gato con botas, Una voz en off) to chamber music (Cuarteto indiano), in between which lie his orchestral works, such as the Desintegración morfológica de la Chacona de Bach, the Laberinto o Sinfonía de réquiem, and the prizewinning Sinfonía mediterránea. He owed his international fame chiefly to one charming and outstanding work: the Cinco canciones negras for mezzo-soprano and orchestra, a blend of Antillean rhythms and themes. He wrote film music, and in 1987 his score for the picture Dragon Rapide, about Francisco Franco, was nominated as the best original music at the Goya Awards.