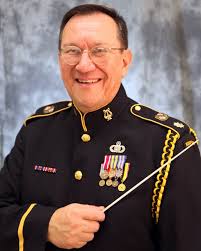 This medley contains It’s A Long, Long Way to Tipperary and Pack Up Your Troubles in Your Old Kit-Bag, and Smile, Smile, Smile.

Pack Up Your Troubles in Your Old Kit-Bag, and Smile, Smile, Smile is the full name of the World War I marching song, published in 1915 in London. It was written by Welsh songwriter George Henry Powell under the pseudonym of “George Asaf” and set to music by his brother Felix Powell. It was featured in the American show Her Soldier Boy, which opened in December 1916.

This skillful arrangement by Jari Villanueva captures the flavor of the original tunes. The arrangement includes the verses of the tunes and the British bugle call Fall In. This clever arrangement culminates in a rousing section that superimposes both tunes.