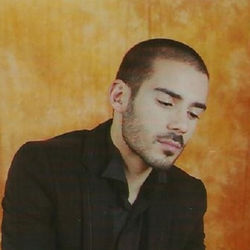 Subtitle: Lamento for band, based on a late Renaissance motet.

This work is a Lamento for band based on the late Renaissance motel Audivi Vocem Caelo from the Portuguese composer Duarte Lobo (c.1565-1624).

It can be seen as a set of variations on the first four notes of the Lobo theme. First through the isolated sounds and intervals and then as motifs that develop into melodies that by their interaction seem to be written and orchestrated in a "Renaissance way."

In the final chorale, the complete moteto appears for the first time. The piece ends with a reflection between a minor tone harmony (evil) and a major melody (good). The four notes appear again, this time in a heavenly sound. Are those sounds the ones that Lobo heard from the sky?

The title Wolf Tears derives from the English translation of the last name of the mentioned composer (Lobo = wolf).

The present work won the Education category in the I WASBE Competition Contest and it was premiered after the final round in July 2017 in Utrecht with Douane Harmonie Nederland, conducted by Björn Bus.