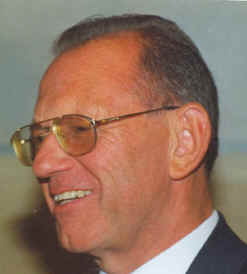 Mr. Soenen became interested in music through his father, who was an amateur musician and conductor. At the age of eight he played the trumpet in his father's concert band. Soenen studied trumpet at the Municipal Conservatory of Kortrijk and later at the Royal Conservatory in Ghent. He won first prizes for solfège with Julien Mestdagh (1957), music history with Marcel Boereboom (1958), transposition with Gaston Hespel (1959), trumpet with Edgard Dewulf (1959), chamber music with Arie Van de Moortel (1959), harmony with Jeanne Vignery (1962), counterpoint at Gery Bruneel (1980) and fugue with Julien Mestdagh (1981) as well as composition with Roland Coryn (1987).

As a composer Mr. Soenen wrote works for orchestra, concertos, wind and fanfare orchestras and chamber music. He has won composition prizes at home and abroad.