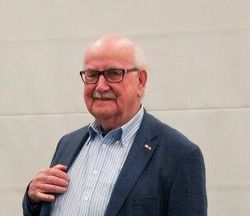 Hautvast was the son of a professional musician, and his older brother Guus Hautvast played oboe at the Promenade-Orkest.

Willy studied at the conservatory in Maastricht in the course clarinet. He was the solo clarinet player in the Dutch Royal Navy Band from 1951 until 1974. Mr. Hautvast was also an arranger. He arranged around 250 pieces for this band at the Royal Air Force Chapel.

In1960 he started to publish; he would publish a total of around 300 compositions and arrangements.

In 1970 he was awarded the Hilvarenbeekse Muziekprijs for his composition "Festal Suite". In 1974 he became director at the Band and Classical Department at the Music Education Center The Lindenberg in Nijmegen. He also conducted several orchestras.