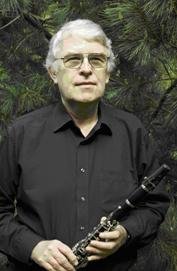 An early influence in his compositions was the European avant-garde style, particularly Karlheinz Stockhausen, though he returned to tonal writing in the mid-1970s. His work is also strongly influenced by traditional Scottish folk music – in particular, he has utilized the heterophonic style of Gaelic psalm-singing, as well as the piobaireachd form, in which he varies melodies through ornamentation (as in traditional pibroch) and in their contour (modification of instruments' tone-colors through alternative fingerings).

Sweeney has a strong regard for the music of Leoš Janáček. He has also addressed the reconciliation of classical and traditional music with jazz, using improvisational techniques and sometimes combining the two idioms. He has been inspired by ancient Greek poetry, as well as Indian and Arab traditions, the latter affecting his use of ostinati and other techniques of varied repetition.