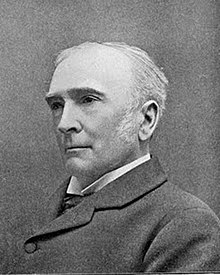 Draper attended Cheltenham College, and went up to Keble College, Oxford as an exhibitioner. He was ordained in 1880. He was then Curate of St Mary's, Shrewsbury, and became successively Vicar of Alfreton in 1883 and Vicar of the Abbey Church, Shrewsbury in 1889. In 1899, he became Rector of Adel Church, Leeds, a position he retained for twenty-one years. During the First World War, he also acted as deputy for the Professor of English Literature at the University of Leeds, who was absent on war service. In 1918, Draper was appointed as a member of the council for the revision of the Anglican communion service.

In 1919, he became Master of the Temple in London. In 1930, contending that he had spent too long in one place, he left the Temple to become Vicar of Weare, retiring in 1933 shortly before his death.

Throughout his career, he contributed hymns to periodicals such as The Guardian and the Church Monthly. He also wrote a book of Poems of the Love of England, a biography of Sir Nathan Bodington, a survey of the University extension movement in 1923, and A Picture of Religion in England in 1927. He also developed a scheme for the establishment of church lectures in the universities.

He is most famous for All Creatures of Our God and King, his translation of Canticle of the Sun by Francis of Assisi.