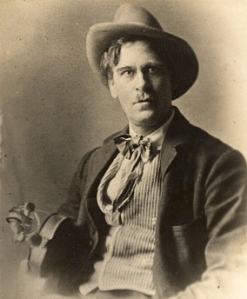 Safroni-Middleton studied violin with Pablo de Sarasate and afterwards started performing as violinist. He played the violin in the Orchestra of "Her Majesty's Theatre" in Sydney, the Orchestra of the Opera House in Auckland, the Providence Opera House in Providence (Rhode Island), the Tokyo Orchestra, the Government House (Sarawak) Orchestra and the Government House (Hayti) Mexico Orchestra. As solo performer he toured around Australia, South America, Italy and Spain.

Later he became bandmaster of the Orchestra of the Carl Rosa Opera Company in London.

Myddleton was a brilliant man who did many things well. In addition to his composing, he was a dramatist, novelist, biographer, and a devoted student of astronomy.

As a writer he wrote many novels, travel guides and poems. He explored Borneo, Papua New Guinea and Malaysia.

As a composer Safroni-Middleton is mainly known for his marches and dance music for the harmony orchestra. His best known piece is probably Imperial Echoes (1913), which for many years was the theme of Radio Newsreel on BBC radio. He also used the pseudonym Arnold Safroni.