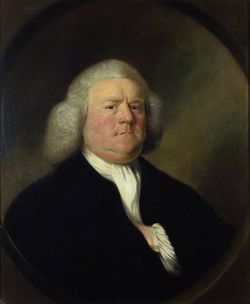 Boyce was to John Boyce, at the time a joiner and cabinet-maker, and beadle of the Worshipful Company of Joiners and Ceilers, and his wife Elizabeth Cordwell. He was admitted by his father as a choirboy at St Paul's Cathedral in 1719. After his voice broke in 1727, he studied music with Maurice Greene.

His first professional appointment came in 1734 when he was employed as an organist at the Oxford Chapel in central London. He went on to take a number of similar posts before being appointed Master of the King's Musick in 1757 (he had applied for the post on the death of Maurice Greene in 1755) and becoming one of the organists at the Chapel Royal in 1758.

His work as a composer began in the 1730s, writing songs for Vauxhall Gardens. In 1736 he was named as composer to the Chapel Royal and wrote the oratorio David's Lamentation over Saul and Jonathan. He was engaged as conductor to the Three Choirs Festival in 1737; many of his works, including the Worcester Overture (today known as his Symphony No. 8), will have been premiered at the Festival over the succeeding years. The 1740s saw his opera Peleus and Thetis, the serenata Solomon, and his Secular Masque, to a libretto by John Dryden. In 1749 he wrote an ode and the anthem O Be Joyful to celebrate the installation of the Duke of Newcastle as Chancellor of Cambridge University, and was awarded the degree of Doctor of Music. In 1747 he had published his first purely instrumental composition, a set of Twelve Sonatas for Two Violins and a Bass, and these proved popular.

In the 1750s Boyce supplied David Garrick with songs and other music for many productions at the Drury Lane Theatre. These included his own operas The Chaplet and The Shepherd's Lottery, both to libretti by Moses Mendez, and for Garrick's 1759 pantomime Harlequin's Invasion which contained what became Boyce's most famous song, Heart of Oak.

By the year 1758, his deafness had increased to such an extent that he was unable to continue in his organist posts. He resolved to give up teaching and to retire to Kensington, and devote himself to editing the collection of church music which bears his name. He retired and worked on completing the compilation Cathedral Music that his teacher Greene had left incomplete at his death. This led to Boyce editing works by the likes of William Byrd and Henry Purcell. Many of the pieces in the collection are still used in Anglican services today.