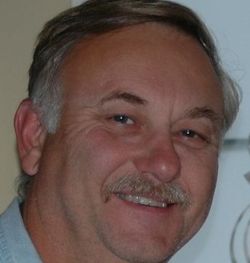 William Bergsma (1 April 921, Oakland, Calif. - 13 March 1994, Seattle, Wash.) was an American composer. His musical interests developed very early in life, and by age six he was playing violin in an orchestra. He had the opportunity to conduct many of his own compositions in Burlingame (California) High School, and his ballet Paul Bunyan, written when he was 16, was performed more than 25 times.

After his impressive early accomplishments in music, Bergsma attended Stanford University (1938-1940), followed by advanced study at the Eastman School of Music (BM, 1942; MM, 1943). While at Eastman he studied principally with Howard Hanson and Bernard Rogers, taught during his last two years, and composed several prize-winning pieces, including two of his four string quartets. After teaching at Drake University for a year, Bergsma moved to New York, where he married Nancy Nickerson. During that same year (1946) he joined the faculty of the Juilliard School of Music and assisted the dean, William Schuman, in rebuilding the curriculum. Bergsma became head of the University of Washington School of Music in 1963.

Among his numerous honors are two Guggenheim Fellowships, the Beams Prize, and an award from the American Academy of Arts and Letters, as well as many commissions from leading organizations. After retiring from the University of Washington in 1986, he continued composing until his death in 1994. Bergsma’s scores include two operas, (The Wife of Martin Guerre and The Murder of Comrade Shank), two ballets and numerous works in other forms. In Celebration: Toccata for the Sixth Day was commissioned for an inaugural-week concert by the Juilliard Orchestra during the dedication of Philharmonic Hall in Lincoln Center, New York City, in 1962. Dance for Limon was premiered by Gerard Schwarz and the Seattle Symphony Orchestra in 1986.

Many of Bergsma’s works make use of wind or percussion instruments. Examples include Clandestine Dialogues (cello and percussion); Concerto for Wind Quintet; Confrontation (chorus and twenty- two instruments); Illegible Canons (clarinet and piano); In Space (soprano and instruments); Suite for Brass Quartet; and Wishes, Wonders, Portents, Charms (chorus and four instruments). In 1980, Bergsma was awarded a National Endowment for the Arts fellowship to write a work for flute and string quartet for Doriot Anthony Dwyer, principal flutist of the Boston Symphony Orchestra.