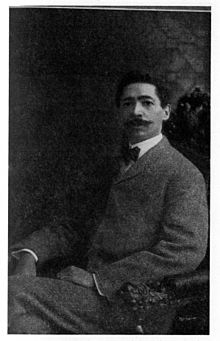 Cook at age 10 had a violent altercation with a teacher in Washingto who strapped him, and he was sent to live with his maternal grandparents in Chattanooga, Tennessee. They were former slaves who had bought their freedom before the war. With them he heard what he described as "real Negro melodies" and folk music, during what he would later call his "soul period".

Will started to study violin at Oberlin Conservatory in Ohio at age 14. His musical talent was apparent at an early age. From 1887 to 1889, Cook studied at the Berlin Hochschule fur Musik, working with violinist Heinrich Jacobson.

In 1890, Cook became director of a chamber orchestra touring the East Coast. During 1894 and 1895, Cook studied with Czech composer Antonín Dvořák, who was working in the United States for a period, and with John White at the National Conservatory of Music. Cook had performed professionally as a student and made his debut in 1889 in Washington, D.C. His performance career as a soloist was short lived, however. Reacting to the stricter segregation of performers in the classical music community, Cook found a home in the musical theatre.

He gained a production in 1898 of his Clorindy: The Origin of the Cakewalk, a one-act musical comedy created in collaboration with poet Paul Laurence Dunbar. It was the first all-black show to play at a prestigious Broadway house. After this period, Cook served as composer-in-chief and musical director for the George Walker-Bert Williams Company, an African-American agency. As Cook continued to compose, he also produced many successful musicals. Chief among them was In Dahomey (1903). This is generally considered Cook's landmark show. Theatre historian Gerald Bordman says that this is "the first full-length musical written and played by blacks to be performed at a major Broadway house." It was also notable for featuring the two leading vaudeville performers of the day, and for satirically addressing elements of African-American and U.S. history, developing its characters well beyond the stereotypes of the day.

Best known for his songs, Cook used folk elements in an original and distinct manner. Many of these songs were first performed in his musicals. The songs were written for choral groups or for solo singers. Some were published in A Collection of Negro Songs (1912).

Later in his career, Cook was an active choral and orchestral conductor. He produced several concerts. He also organized many choral societies in both New York City and in Washington, D.C. The New York Syncopated Orchestra, which he founded, toured the United States in 1918 and went to England in 1919 for a command performance for King George V. Known also as the Southern Syncopated Orchestra, it sought to bring jazz and ragtime to other countries, and toured in England and Europe.