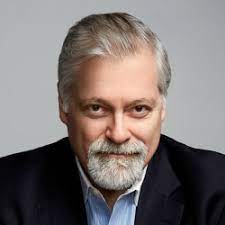 Subtitle: from the Opera Bandanna

A concert version of the dance music from the second act of the sensational opera Bandanna, for voices and wind ensemble by Daron Aric Hagen, this varied and colorful piece will be a brilliant addition. The music dramatically reflects the growing conflicts of the story (based on Othello) and climaxes with a powerful setting of the big tune associated with the idea of "crossing over" from Mexico to the U.S., and from Life to Death. The Mark Spede arrangement was commissioned by the College Band Directors' National Association (CBDNA).

Touch of Evil is crossed with Under the Volcano in this searing, "soaringly eclectic" post-verismo retelling of the Bard's Othello set in the spiritual, physical, and ethical "liminal zone" of the Texas-Mexican border on the "Day of the Dead" in 1968.

Miguel Morales (Othello) is the police chief of a small town on the USA-Mexico border. He is married to a mestizo woman named Mona (Desdemona). His lieutenant Jake (Iago) spends his off-duty hours spiriting people across the border illegally; Kane (a Caucasian labor organizer from Chicago) is stirring up trouble. The action centers on the wedding of Jake and Emily (Emilia), and features the unfortunate planting of Mona's bandanna by Kane and Jake in Cassidy's (Cassio) pocket, and the subsequent murder of Mona by her husband. Set on the "Day of the Dead," the opera's unifying concept is the idea of the borderlines between emotional, metaphysical and moral states.