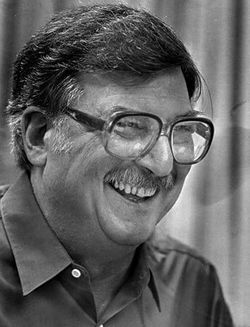 Mr. Bullock received his public school education in Lufkin, where he studied instrumental music. After graduating from Lufkin high school in 1954, he attended Lamar University where he studied trombone.

His first teaching experience was in Dibol where he taught for three years. He then moved to Dayton Texas for four years and in 1964 he returned to Lufkin. He taught in Lufkin for twenty-two years, first serving as junior high band director, and then as high school band director. The Lufkin High School Band was selected to represent Texas as the Honor Band at the Four States Bandmaster Association in 1982. While in Lufkin, Waymon’s band received twenty UIL Sweepstakes Awards/ His marching bands were at the forefront in developing the present military style drill used by many of today’s East Texas Bands. During those years, Waymon completed a master’s degree from Stephen F. Austin University where he also earned his public school administrator’s certification. Waymon retired from his teaching career in 1987, when he was granted disability retirement from full-time teaching after suffering a school-related accident in 1984.

Sometime in the late 70’s or 80’s, an election was held in the “State of the Tall Pines” and Waymon was elected “Band Czar”. His duties were to oversee the bands, and serve as a mentor to young band directors. During these years he helped many schools solve problems because of band director shortages; serving Garrison in 1993, Huntington in 1998, and Hemphill in 2000. Waymon taught brass methods classes at Stephen F. Austin, and acted as consultant to the Nacogdoches band program. He continued to be sought after in the area of music as a consultant, clinician, and adjudicator throughout Texas and surrounding States.

Waymon was the executive secretary for Region 21, and has been an area UIL marching contest director since its formation by the League. He also was the executive secretary of the National Association of Military Marching Bands, which he was one of the founding fathers. In 1994, Waymon was inducted into the Stephen F. Austin Band Director Hall of Fame. In 2000, he was awarded the Lifetime meritorious Achievement Award by the Texas Bandmaster Association. He is past president of the National Association of Military Marching Bands, past President of Texas Bandmaster Association., charter member of Texas Music Adjudicators Association and a member of TMEA and Phi Beta Mu Honorary Band Fraternity.