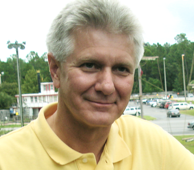 Wayfaring Stranger was born in the southern Appalachian Mountains about the time of the American Revolution, according to widely held beliefs about the origins of this popular, early American song. At that time, the immigrants of the region were mostly English, Scottish, Irish, and Welsh, but there was also a mysterious group known as Melungeons. Sometimes called the Black Dutch, the Melungeons are often said to be of Portuguese descent, though their precise lineage is still a mystery, varies much, and is a complex mixture thought to include Native American, African (including Bantu), and some Mediterranean, with Turkish as a favorite. In recent years much research has begun to yield more clues to the Melungeons' origins and history. They appear to have been semi-nomadic, generally moving inward from the Atlantic coast in search of more favorable social conditions. Probably because of this, Wayfaring Stranger has become associated with Melungeon history.

Regardless of descent, in those days the people of the region lived lives of enormous hardships, struggling to survive in an environment of often-rugged wilderness terrain, few supplies, not always friendly Indians, and the frequent loneliness of isolation. Wayfaring Stranger is typical of many of the spiritual songs of the time, expressing the pain and hardship of daily life, while dreaming and hoping for a bright and beautiful life after death.

As many of these settlers moved westward in the expansion during the years following the American Revolution, Wayfaring Stranger, one of the favorite songs of the day, traveled with them, eventually becoming widely known all across North America. More recently, in the middle of the twentieth century, Wayfaring Stranger was revived by the American folk music movement and by musical researchers and performers such as Pete Seeger and Burl Ives. It was Burl Ives who popularized many early American songs, including Wayfaring Stranger. Known as Wayfaring Stranger, Poor Wayfaring Stranger, or I Am a Poor Wayfaring Stranger, the song is described variously as: spiritual, American spiritual, folk-spiritual, Negro spiritual, traditional Southern spiritual, Southern folk-hymn, spiritual folk-ballad, religious ballad, hymn, etc. There is some evidence that supports a black American spiritual source for Wayfaring Stranger, and surely the song's history is not complete without the significant influences of the black spiritual tradition. I think that David Warren Steel of the University of Mississippi describes well the intermingled transformation and development of many spirituals when he writes in the Journal of Musicological Research 5 (November 1984), pp. 260-264, "The spiritual song tradition is neither white nor black, neither northern or southern, but American." I understand this to mean that, whatever their often hard to trace initial origins, spirituals were quickly adopted and adapted by the diverse people and traditions of America. And so it continues today.

Like most early American songs, there were hundreds or even thousands of variations of Wayfaring Stranger. In my quest to learn about Wayfaring Stranger, I communicated with University of Georgia Professor Emeritus of Chemistry and published music researcher John F. Garst, who has extensively studied the song's history. His article, "Poor Wayfaring Stranger" ­ Early Publications," was published in 1980 in the journal, The Hymn (31 (2): 97­101). Having examined hundreds of early versions of Wayfaring Stranger, he mentions that the song has an oral history that probably dates back to the 1780s. He then goes on to describe its history in hymnals from the mid-1800s into the early 20th Century. I am grateful to Professor Garst for sending me, from his private research collection, several examples of early versions of Wayfaring Stranger. Even among these samples, there are so many variations of melody, harmony, lyrics, and even titles. Still, I feel that the song's essence remains intact in every version.